A couple of weeks ago protestors once again decided to camp out in Tahrir Sq.- clashes ensued for several days in one of the streets leading to Tahrir Sq.  Much media coverage and many photos circulating in the various media once again led to the closure of the Egyptian Stock Exchange and I received quite a few emails from people who had booked to stay at Mara House over the coming weeks.Everyone wanted to know what was happening from someone outside of Twitterworld and the media – most expressed the opinion that they cannot 100% believe the TV or newspapers any more, they have seen for themselves the discrepancies between what happens on the ground and what is portrayed on TV etc.
As I speak there are many more waking up to the fact that great attempts are being made to hide true information from them regarding the banks, corporations and world economies.  Indeed, for myself what I see on the 10 or so, worldwide, TV news channels available to me in Egypt – makes me think that what is happening in Egypt is very, very mild in comparison to the corruption, police/gvt violence, coverups and crashing economies around the world!I promised many people I would be in Cairo from last night and would tell them them exactly what I see on the ground in Cairo.  To that end I headed off to Tahrir Sq. this morning.  I did not go into Tahrir Sq.  I decline to be questioned or searched by the “guardians”.  Tahrir Sq. is apparently still closed to traffic.  The following photos I took from the entrance to Tahrir. 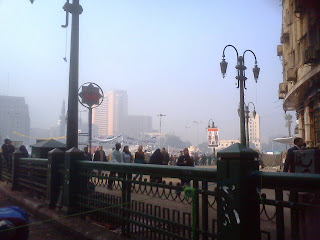 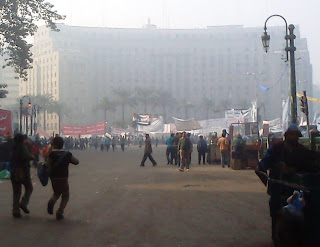 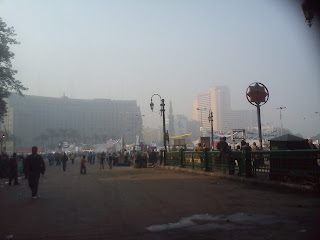 The following thoughts/questions came to mind as I stood there.

1.  Tahrir Sq. is the hub for traffic entering and leaving Downtown Cairo – apart from the tents in the Centre of the sq – how many of those that appear on the TV shots and photos are actual activists/protestors as opposed to those people walking to work, passing through or (like me) just going for a look?

2.  How many are traders, homeless and jobless?  From watching the #Tahrir Twitterline I have noticed many ppl tweeting the fact that they are either coming from or going to work from Tahrir.

3.  The first round of the elections have shown that the divide between Islamist and non-Islamist parties is 50/50 at the moment.  It is a pity that those in Tahrir who are so anxious for a new and democratic Egypt don’t use their time and minds in a more practical, constructive way and go promote some of the parties whose ideas they agree with most.  It is a bit crazy to my thinking that having actually started on the road to Democracy they are still stuck in the “rebel without a cause” mode in Tahrir, holding up traffic, instilling needless fear which is deterring tourists from coming when they now have the opportunity to put people into office that they support.  I hope they become more positive in their outlook – they have about 6 months in which to work to put their candidate into the Presidential Office.

So, that is Tahrir.  Now you might want to switch to something more interesting because the rest of my photos show what is happening directly outside Tahrir Sq and in the surrounding streets this morning.  Life is, as it has been, going on as normal.  People are on their way to work, buying their food etc. You will see the traffic cops are on duty, the street cleaners are sweeping the streets – oh and I had a wonderful chicken, tahina, tomato and parsley roll from the Felfela Fast Food outlet just down from Tahrir Sq. on Talaat Haarb St.  As I walked along enjoying my take-away breakfast a few people asked me where I was from, what I thought of the elections and of Tahrir Sq.  To which I replied “I think the elections were wonderful and hope it will continue, I wish Tahrir would go home and stop holding up the traffic and the Economy!”  Of the 5 people who asked me – all 5 agreed with me and said they didn’t want them there either – one man asked me (as a foreigner) would I go to Tahrir on a big truck with a microphone and tell them that, because they are not listening to anyone else telling them to leave!  I told him I am doing it more or less everyday on the internet – he shook his head as we parted ways.

This photo is directly outside Tahrir Sq on Talaat Haarb St. 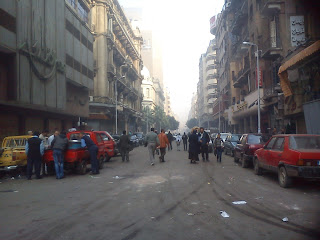 The following were taken walking down Talaat Haarb St. from Tahrir St. 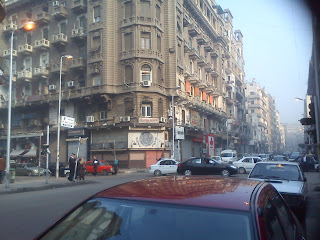 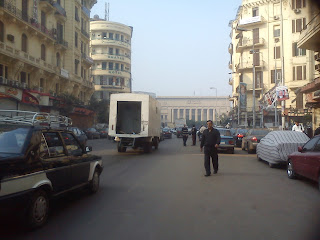 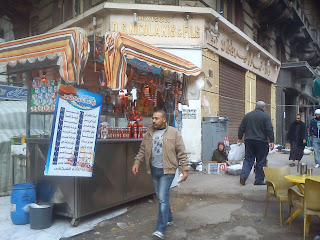 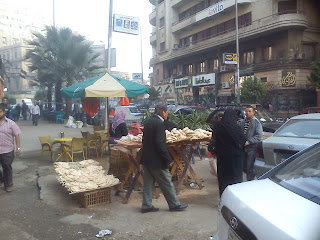 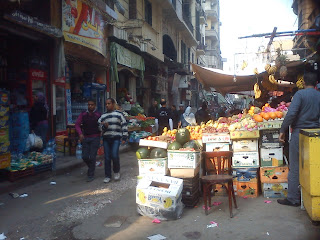 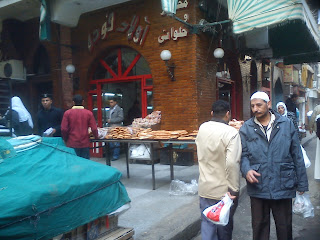 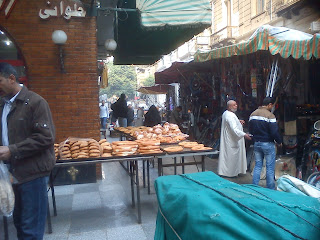 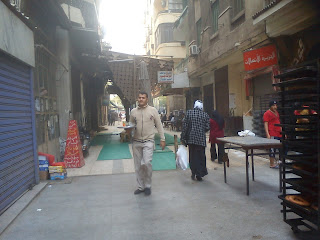 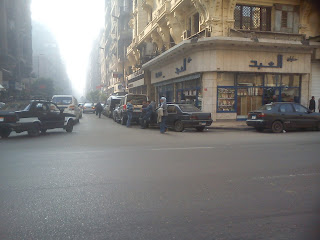 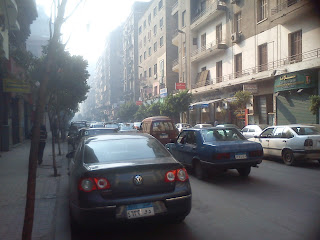 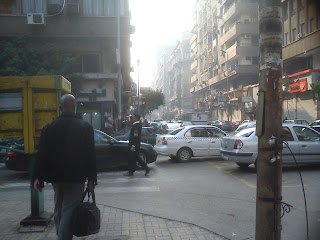 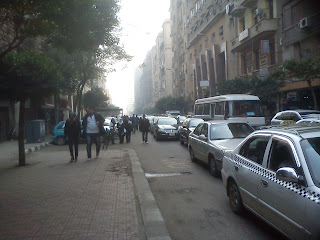 As you can see – life is going on as normal – outside of Tahrir Sq., what more can I say?  If you are planning to come to Egypt and worried about the revolution and your safety – of course I cannot guarantee it – no more than your safety can be guaranteed anywhere in the world.  All I can say is that there is nothing directed at tourists, the sites are as safe as they were before the revolution and they are open.  Luxor and Aswan are not trouble spots.  Your hotels will tell you if there is any trouble, problems or danger to you.  In Cairo – don’t go to Tahrir – that’s it!