Egypt – America – Europe etc. We are all connected.

I don’t know if I am becoming more enlightened about the world or just succumbing to manipulation from what I read on the net and see on the TV.  So for anyone reading my ramblings please bear with me if you see me swaying this way and that way from blog to blog!  Only time will tell if my perceptions were correct or not.
So, where am I today?  Well, for starters I am in Cairo since last night – driving through the streets on the way to our apartments.  I have to admit to a feeling of excitement – I am not doing any more than I would be doing in Luxor but at least I feel I am at the centre of what is happening in Egypt and less at the mercy of TV, Twitter and Facebook.
Until now most of my time in Egypt has been spent in Luxor and I have to start here by saying that Luxor and Cairo are worlds apart in pretty much every respect that I can think of.  I have been (and on some topics I still am) a bit sceptical of the Egyptian Revolution and what it can achieve.  However as the days pass I have to admit to a gradual change in my opinions and how I see things.  Given that Sharia Law is article 2 of the constitution in Egypt I was not very hopeful for the future of women in Egypt after the revolution.  Change of thinking in the popular mind is a major aspect of any revolution.
For the Revolt in Egypt to be calling for equality and inclusion for women blows my mind.  If the young people here can not only contemplate this but actively move on it – well, miracles do happen.

Yesterday also saw attempts on behalf of the Revolt to stop the destruction of documents in the Police Headquarters in Alexandria.

Today I am of the mind that the popular uprising in Egypt could actually go all the way.  They have been consistent and persistent in their demands and they are (or at least appear to be) having them met – albeit slowly.  If Egypt can come out of this with a reformed government system, an end to corruption, an equal and free society for men and women with a respect and tolerance for all religions, a truthful media (maybe no media – maybe Twitter is going to be our truthful personal media!!!) a stable economy then many countries in the West as well as the Middle East  may well end up looking to Egypt for answers to their ailing economies and government manipulations.   I believe in miracles and something’s gotta give somewhere in the world!

An abstract thought as to how we are really all connected one way or another – the Middle East is on fire with revolution but quite a large percent of the United States seems to be physically on fire also – since 1/1/11 to 4/3/11 there have been 10,604 fires across the USA.  I don’t remember if it was CNN or the BBC World that I saw the map of America yesterday which showed the extent of the fires.  “America Burning” – “Fire in the Middle East”  one newspaper asks “How far will this fire spread?”  We are all connected.

A great thing Mara House has in it’s favor in a post COVID world is it’s size.  It’s a small, private hotel without public access.  The size of your suite means you can spend your entire in-house time here without contact with any other guests, if you so choose. 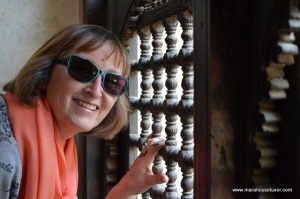