From Talaat Haarb to State Security Offices in Nasr City

Cairo 5.3.2011 – It’s 7pm and Talaat Haarb St. is turning into one big market place.  Now that the street traders don’t have to run from the police who used to go around chasing them from the streets and confiscating their goods they are setting up all along the street.  They are selling everything from toy ducks to scarves, socks and suits.  The red, white and black colours of the Egyptian flag are everywhere and have become the latest clothes fashion. 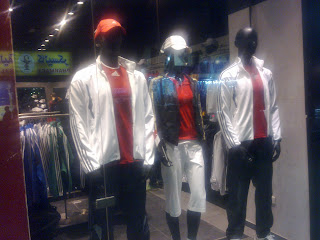 Traffic is flowing freely through Tahrir Sq. and the centre of it has been transformed into a wonderland of tents and shelters of every shape, size and colour. There isn’t a sign of police, army or tanks from one end of the square to the other and everywhere the smell of roasting sweet potatoes.  A veiled lady with a microphone commands the attention of about 90 people on one section of the roundabout but she is only one out of about 100 such groups all over the square.  Tahrir has become the Egyptian equivalent of London’s Hyde Park – like Egypt itself I don’t see it ever going back to what it was and when you think about it – apart from the tents which do make it a bit messy looking – having it as a public speaking place would be ideal considering it’s location and, ironically, it’s name “Liberation Sq.”

As I sit on a wall to the side of the square a taxi stops in traffic beside me, on impulse I ask the driver if he will go to Amn Dawla (excuse the spelling!) in Nasr City.  He looks a bit startled then shrugs his shoulders and says “sure!”  Amn Dawla is a big State Security building which all of Cairo has been talking about since yesterday.  It seems that the police have been removing, burning and shredding documents in these buildings all over Cairo and Alexandria for the last few days and people have been trying to stop them.  I want to see for myself.

20 minutes later we arrive and the building + the one across the road from it are heavily guarded by army tanks and soldiers.  One of the side roads is blocked to public traffic.  A man in a white suit is standing with army officers outside the guarded building across the road – maybe he is the judge sent to take charge of the documents saved by the people who stormed the buildings earlier in the evening.  There are still many civilian men of all ages in the streets but the atmosphere is calm.

While stopped in traffic on the way back to Tahrir I see a group of men successfully breaking open a set of gates to what looks like another police facility – this building has vacant police booths outside.  Passing traffic takes any notice apart from honking a few horns in encouragement and I laugh at my initial impulse to say “call the police!”

I decide to leave the taxi in heavy traffic in Tahrir Sq. and walk home.  It is now 9.30pm and there are more people heading towards the square than away from it.  Noticeable this evening is the lack of speculative looks I am used to being subjected to in the street and it is wonderful to feel invisible!  I don’t know if it is because both the men headed towards Tahrir and those gathered in groups of 3 or 4 outside the shops are so deep in conversation they are not noticing the lone foreign woman passing by or it is a sign of a change in attitude towards women because of the revolution.  Whichever – long may it continue!